Apologies for my sheer laziness this last week. My online presence has been lacking slightly due to the fact that on Tuesday I waved farewell to my 20s and started a whole new decade... 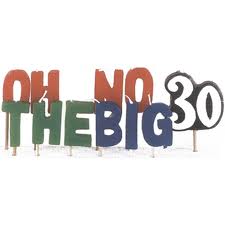 It's fair to say that I've been thrown off track and am feeling a tad disorientated. One minute I feel completely happy, settled and overall accepting of the fact that I am a grown up with responsibilities and a face that resembles that of my Mother. Then without warning nostalgia, regret, sadness and fear sets in! 30 years have gone and they aren't coming back.  I still can't speak french, play the piano, run 10k, make a pair of curtains, bake a decent cake, pole dance, hang wallpaper, complete a crossword......the list goes on and on and on!

On the plus side I have bought 2 houses, got engaged, given birth twice 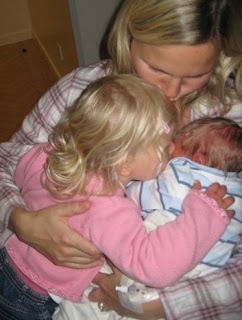 been an air hostess, booked a wedding, met Richard Branson, been scuba diving, learned how to crochet, come 2nd in a Jamaican dancing competition, had a pixie hair cut, been to New York, climbed a waterfall, spent a week crying on a pair of skis, played hockey dressed as The Stig and lots of other things I'd rather not mention! 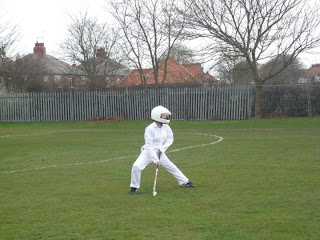 So here I am in, throwing myself into the next stage of my life. Yes I'm a stay at home Mum spending hours dashing to school, cleaning, cooking, crying, shouting and generally feeling frazzled but that doesn't mean that I can't start on that still to accomplish list.

So in keeping with my desperate plight to fit into my too small wedding dress I'm going to make my first goal to be able to run 10k! I would class myself as a reasonably fit lady, much more so during hockey season but for some reason running is something which I really struggle with. After doing a little research I've discovered that my approach of doing nothing for months and then heading straight out to do 5k isn't the most effective. Apparently it's much better to start with a run/walk regime. Pfft! Would be my normal response to that - if I'm bothering to put my trainers on then I'm going for it. Not this time, this time I'm going to do it properly, no breaking rules, cutting corners or generally doing what I think is right because finally at the grand old age of 30 I can admit that I don't know everything and am wrong majority of the time.

The schedule I have chosen is courtesy of the lovely people at Runnersworld and it aims to get you to be able to continuously run for 30 minutes within 8 weeks.

The Schedule
I imagine this will seem easy to some people (especially my bud Stephen) but I already feel nervous. The trainers and kit are out ready for my 6.30am alarm call, blurgh! So wish me luck, oh and of course, if you have any kind words of advise/wisdom then please do comment. Happy running!
Posted by Laura at 13:38 1 comment:

A mouse in the house!

Oh no, I think there's a mouse in the house! Now I'm not very clued up on the old vermon poo but I'm fairly convinced the little brown pellets in one of kitchen drawers is definitely excrement from our little furry friends. Just to make sure I thought I'd do a little google image search (as you do) and yup, these are what I found....thanks to the lovely images at all state animal control 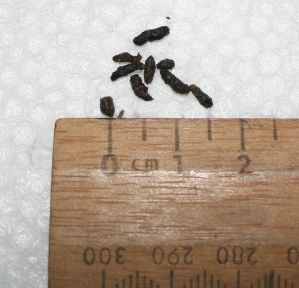 The worst part of this is that initially I thought that Mr Blueswing had simply dropped some coffee granules into the drawer and so I picked one up to smell it *gags*
Now there wasn't a great deal of them, maybe 20 at the most and since searching every cupboard and drawer I've only found approx 5 more. These were under the kitchen sink which is where I am assuming they have come in.
Not really thinking too much about it I hoovered the little pellets, emptied the drawer and cleaned it with dettol. It is only since reading more that I think I've made a little boo boo.
Apparently the worst thing to do is sweep or vacuum as this spreads the dust particles thus scattering the germs everywhere. Also mice supposedly wee constantly so chances are wherever there is poo there'll be urine!!! Arggghhhh, this is getting bad.
So what am supposed to do now:
1. Throw away everything that was in the drawer or disinfect it thoroughly. Thankfully it was the tin foil/cling film drawer so that's not the end of the world
2. Empty the hoover and disinfect throughout!
Disinfect the hoover!!! I'm lucky if I actually clean the filters once in a while!!!!
I have since stumbled across a great blog entry that has made me feel better. Harry Stadler quite rightly pointed out in his Noticing animals blog that he's been living with a mouse in his house and he hasn't fallen ill yet.
Although I'm not the greatest of cleaners, the kitchen is always thoroughly cleaned and disinfected so surely the risk of falling ill is minimal?! I hope!
I do remember having mice in the house as a child. We only realised when we found mice prints in the solidified lard in the frying pan (that does make me feel quite queasy just thinking about it) My brother and I used to set little traps for them and take them to the fields to 'free' them. We loved it!
I don't remember my Mum being overly concerned or even scrubbing anything down and there were definitely no nasty illnesses to report.
So, until I have another coffee granule/mice poo incident I'm going to try and relax and if that isn't possible then a midnight kitchen stake out might be in order! 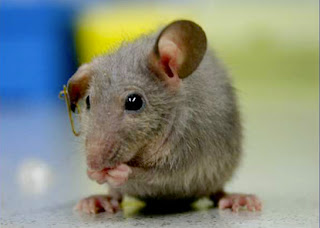 Today I received my official invitation to join the Pinterest community, whoop whoop!! If I'm being totally honest I don't really know much about Pinterest and only came across it when a friend starting posting interesting pics onto her Facebook profile.

Essentially, from what I can gather members create their own virtual pin boards of anything that they find interesting and want to share with the world. Now, this sort of thing wouldn't normally float my boat. I like to read people's thoughts and opinions rather than looking at an image that someone likes or would like to make/own/see.
So, how did Pinterest manage to make themselves appeal to me, make themselves interesting enough to ensure that I requested an invite? They made the club exclusive of course!!! You have to register your interest and then wait to be invited to join the community! Instantly I felt as though I was missing out on something huge and had an overwhelming urge to become a pin boarder!
You can imagine my excitement when I received my invite today! I've got myself pinning straight away and although I am just getting to grips with my new virtual world I can already say that I love it!! Sadly I know that this is going to become something else that takes up far too much of my time, but what the heck!
Here's my first pin 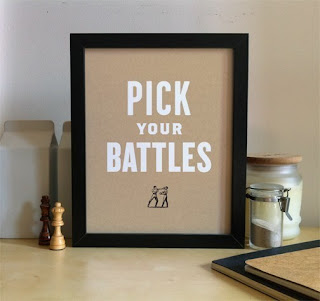 A must for any parent!!!!
So if you haven't already done so get yourself over there. You can follow me on Pinterest here
Happy pinning!!
Posted by Laura at 12:29 No comments: